Johnson is an American/British artist originally from California who developed an interest in Japanese textiles especially Shibori and Yuzen techniques. She studied with Hiroshi Hashida in Osaka, Japan and later worked in Hong Kong as a designer/art director in the fashion industry. She has a BFA in Theater Arts from San Francisco State University, a BA from West Wales School of Art, and an MFA from Middlesex University, London. Johnson is fascinated by landscapes, starscapes, culture and human technology. Her work is linked to process and explores the universal in particulars and connections of materials across time and place.

“…to the skies, Justine Johnson looks with a similar attention as a haiku poet who tries to stay awake for his everyday sensual impressions. A very old Japanese haiku is like this: ‘In the paper door keyhole the whole heavenly stream.‘ ” Harald Ruppert 2017 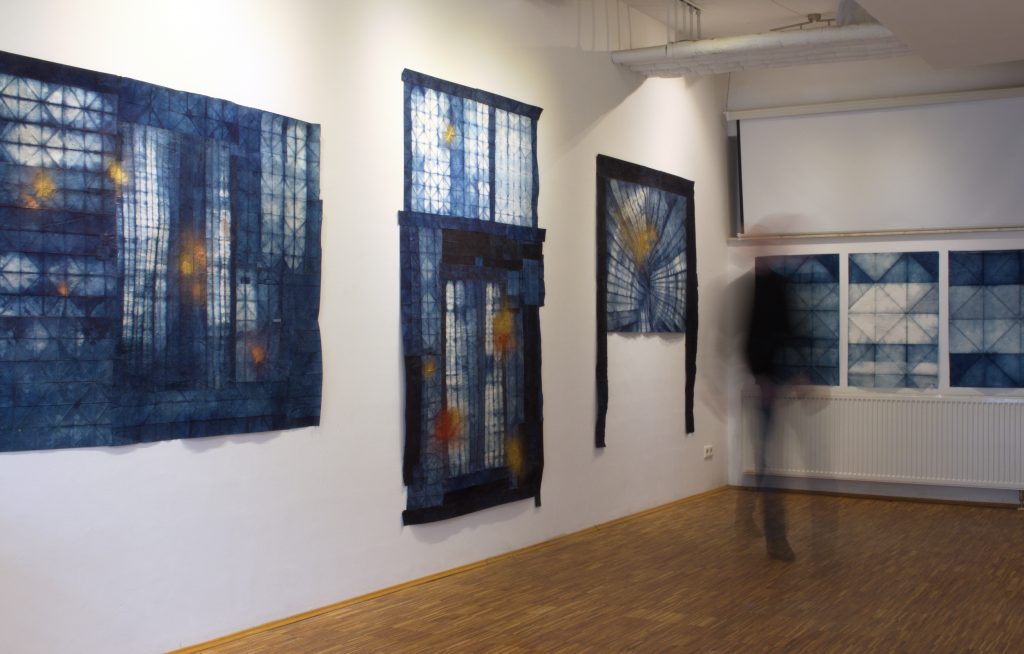 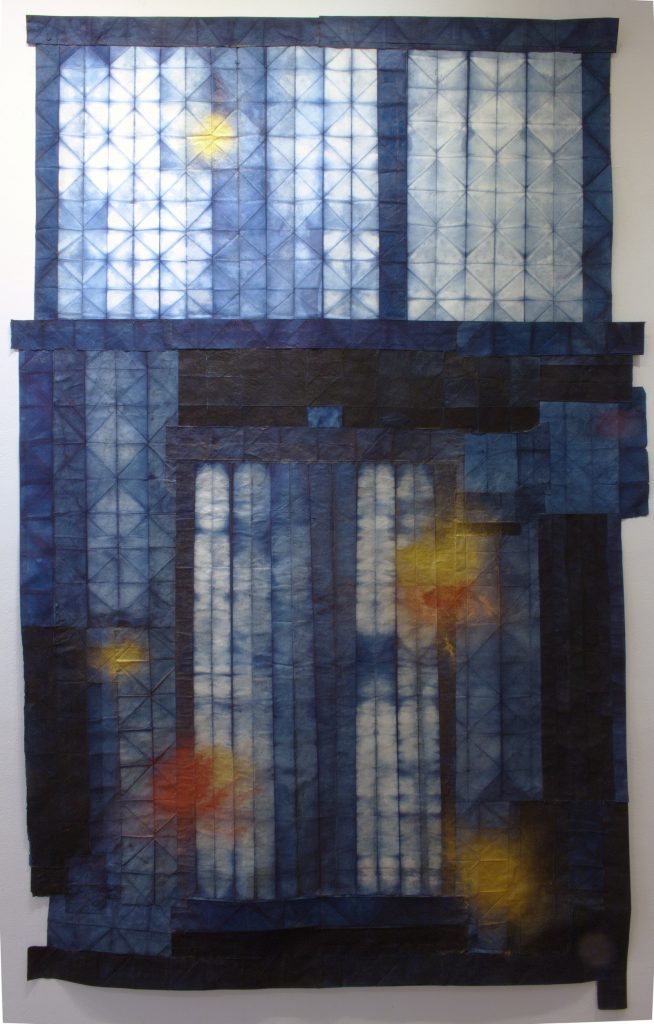 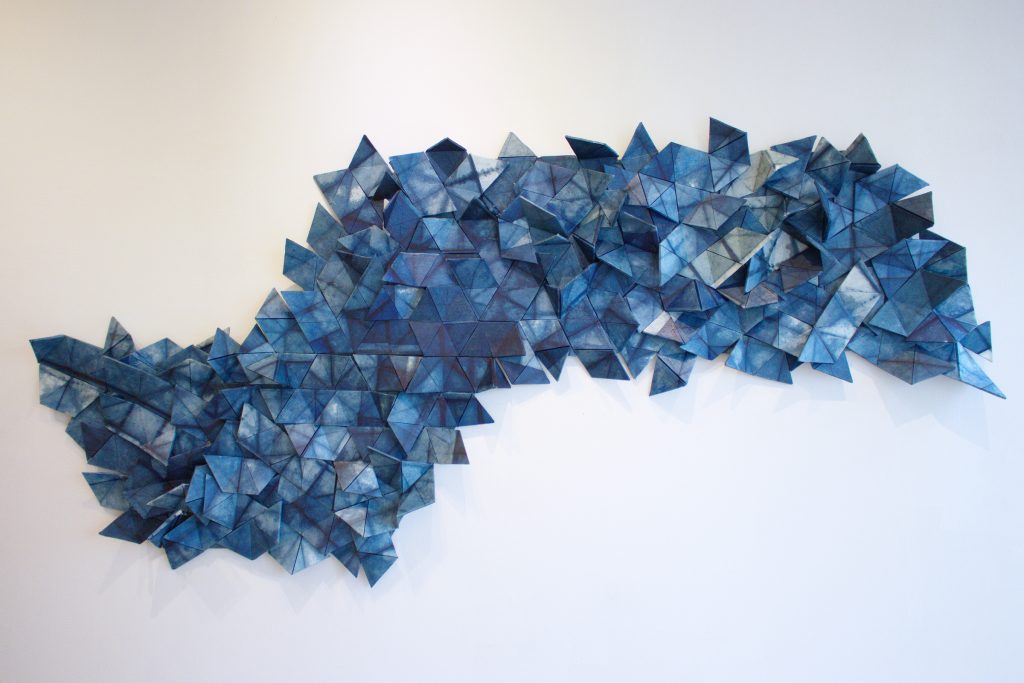 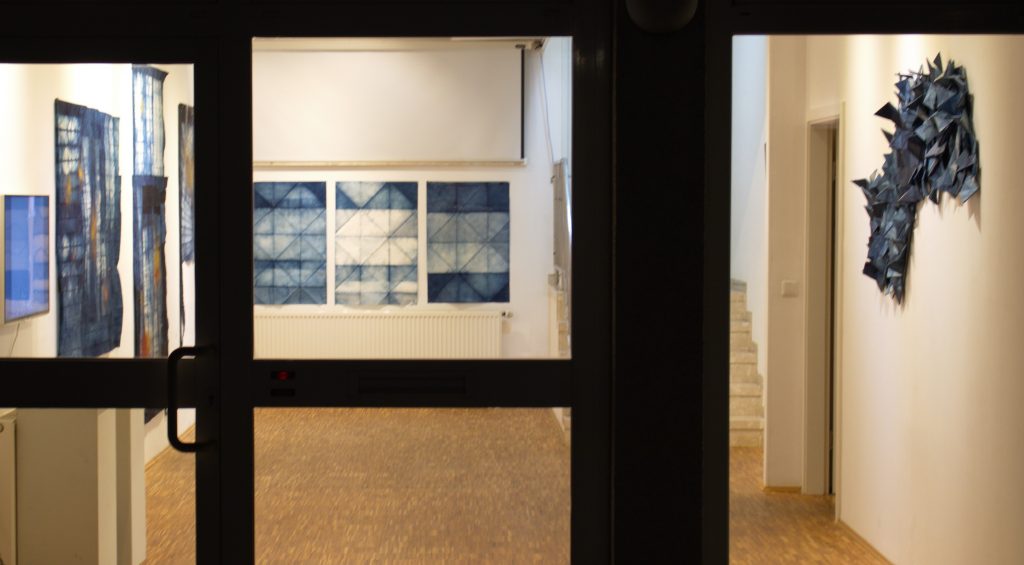 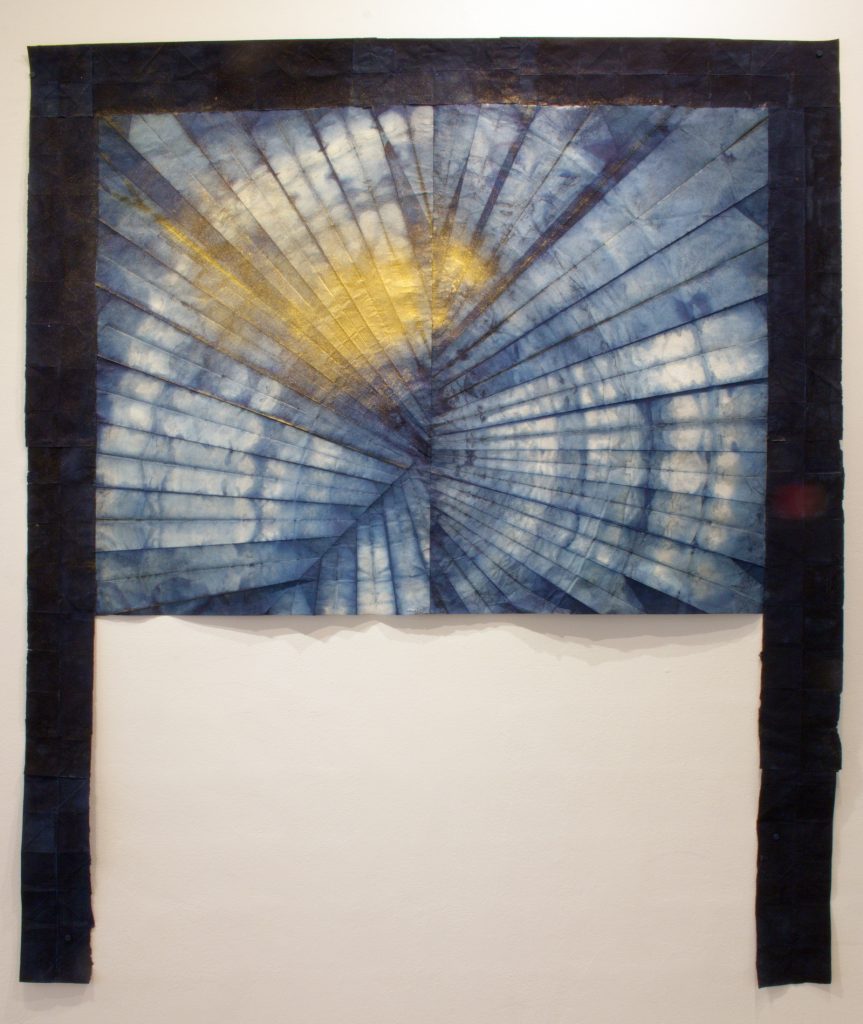 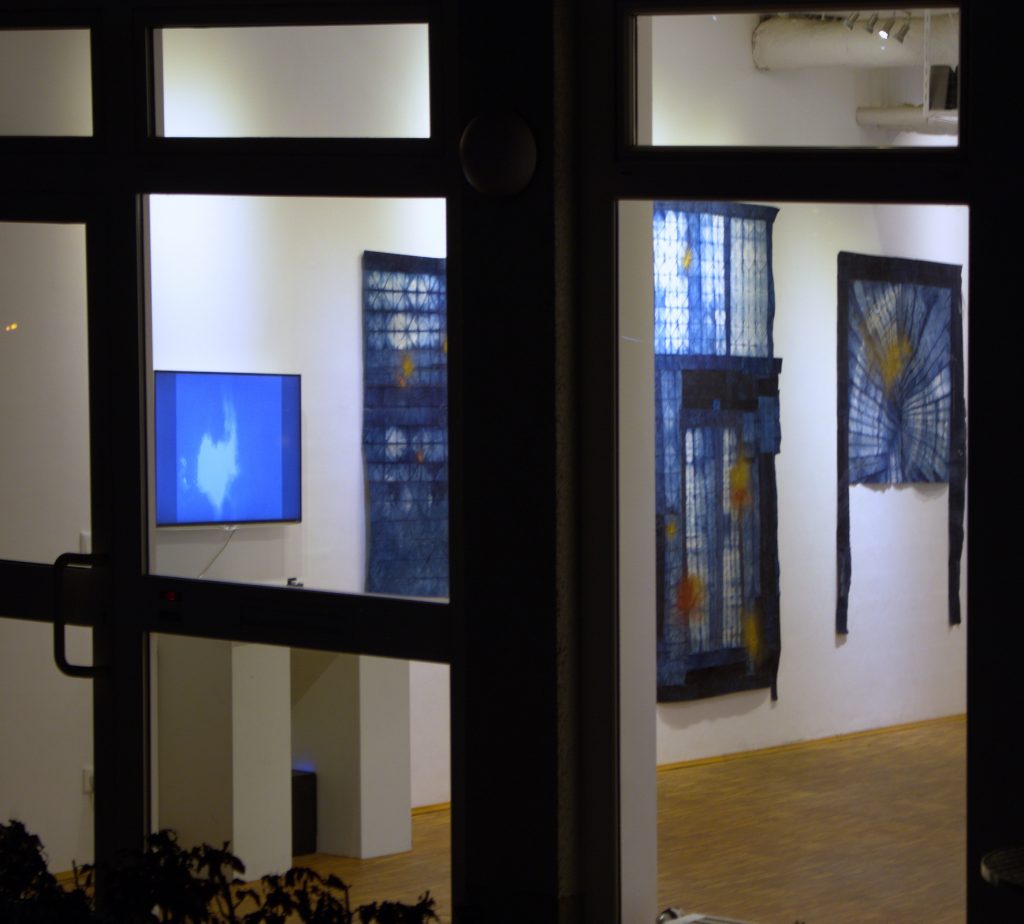 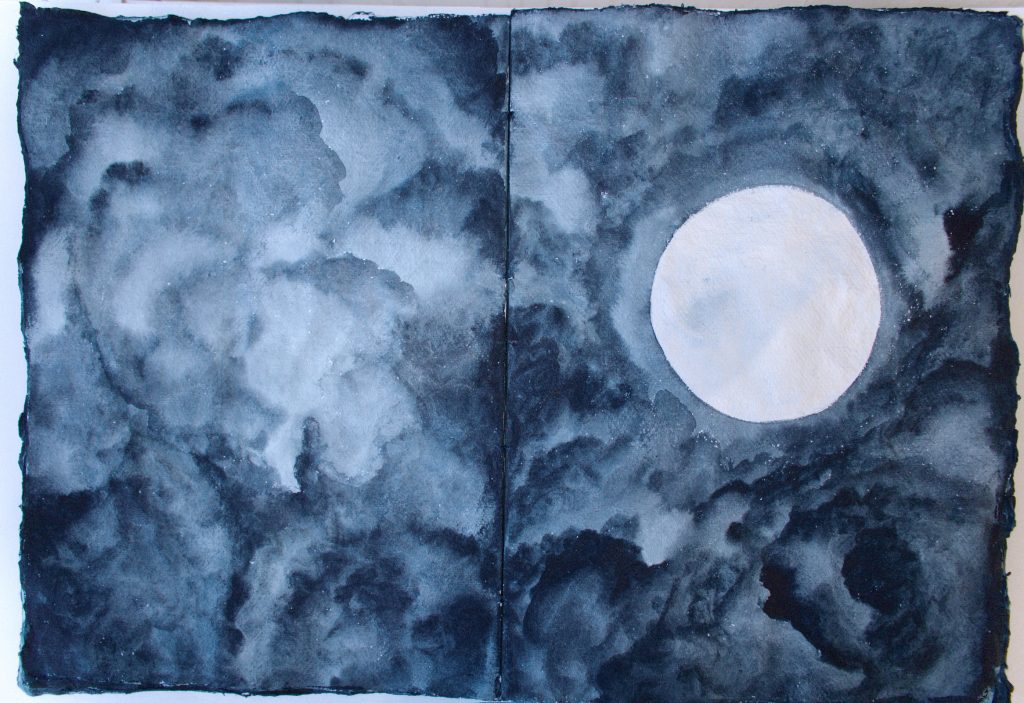 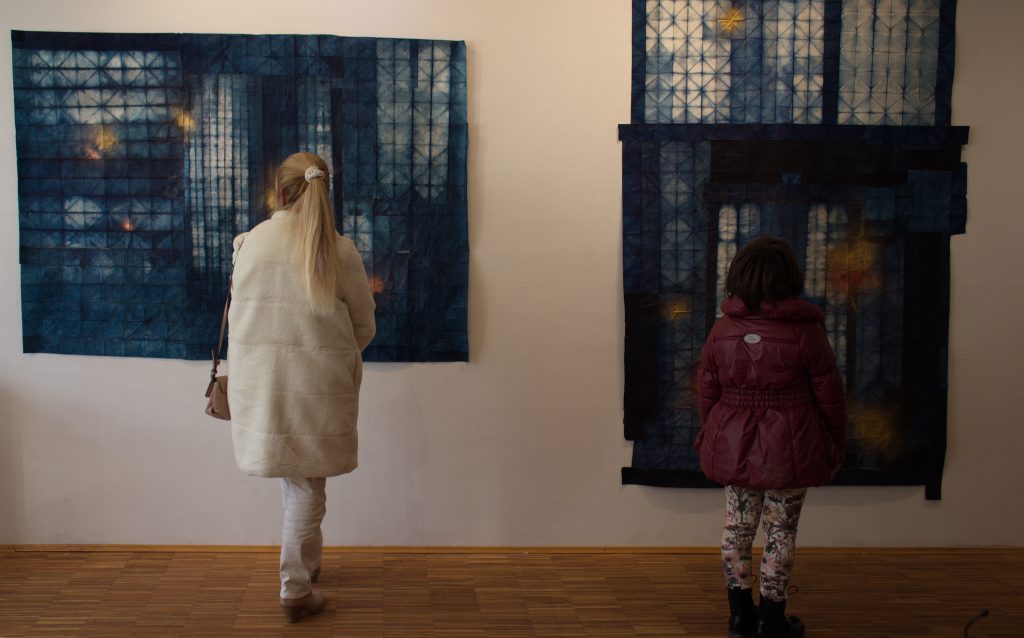 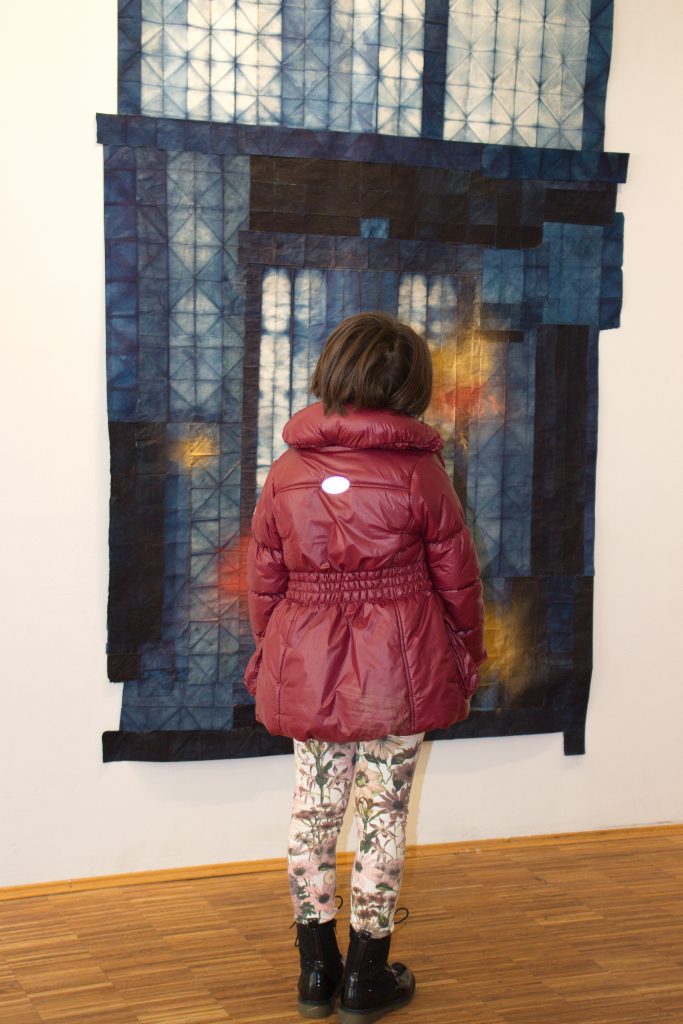 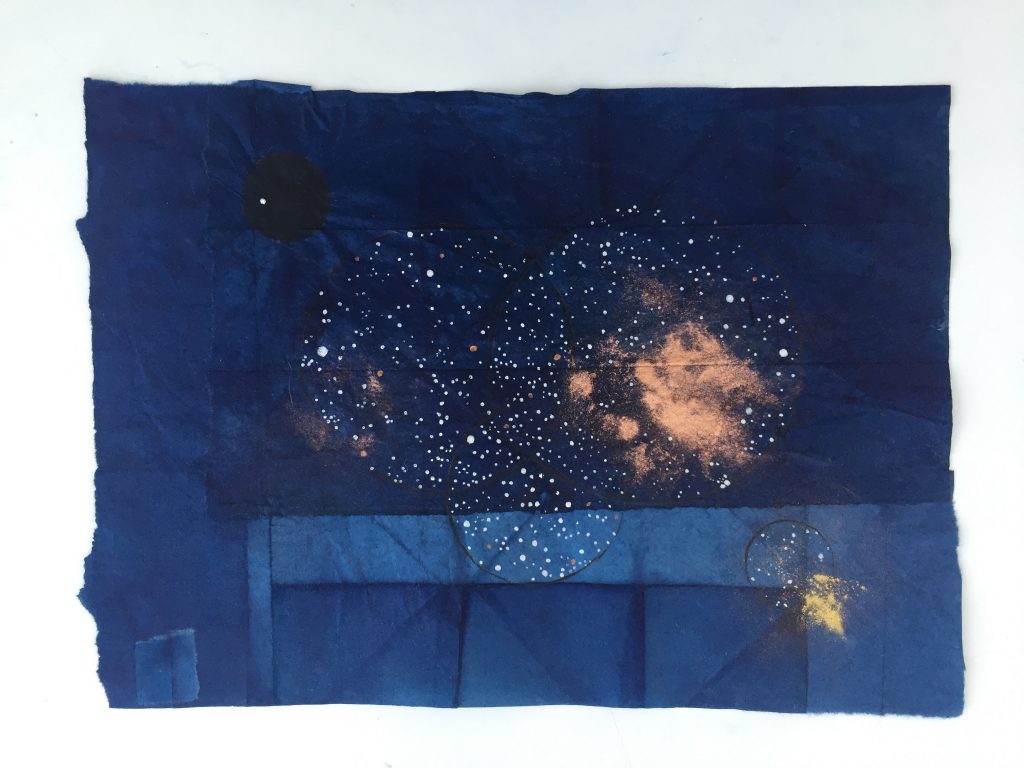 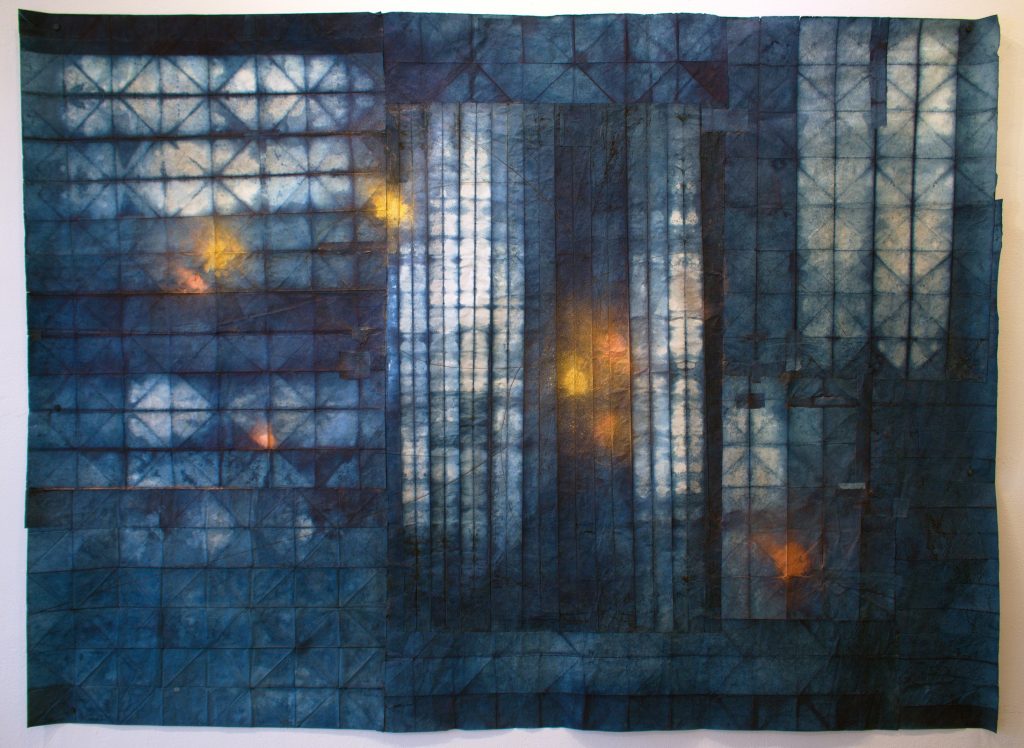 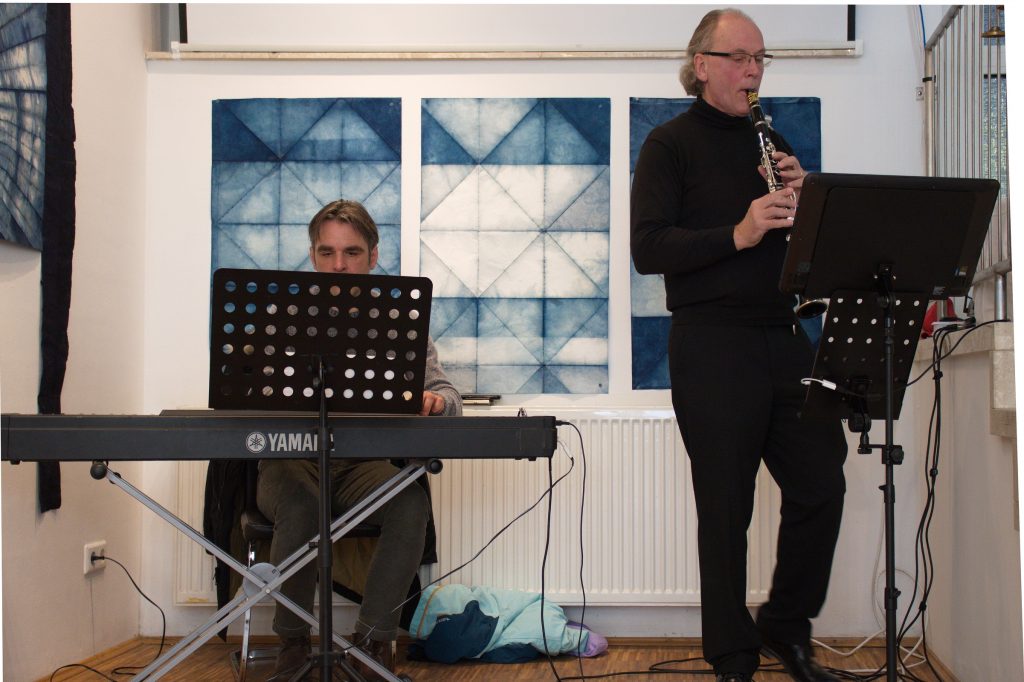 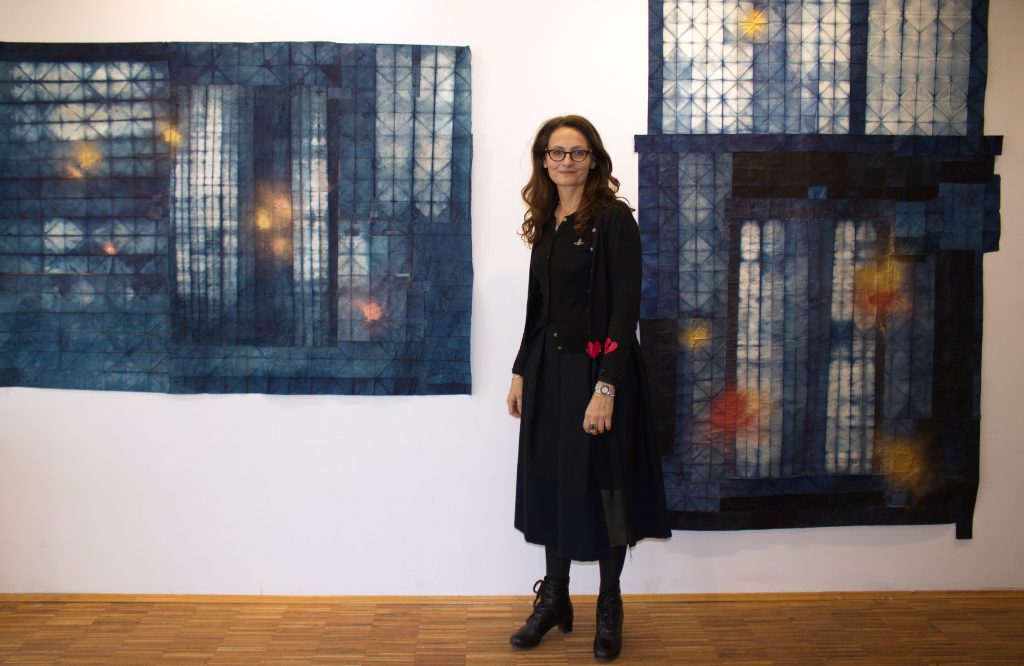 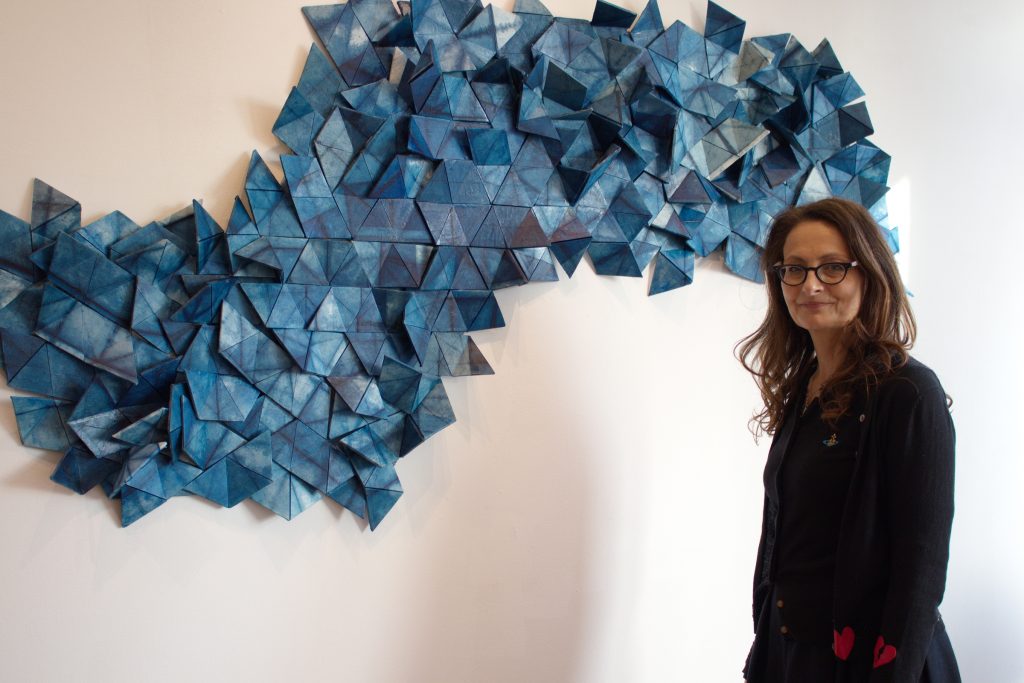 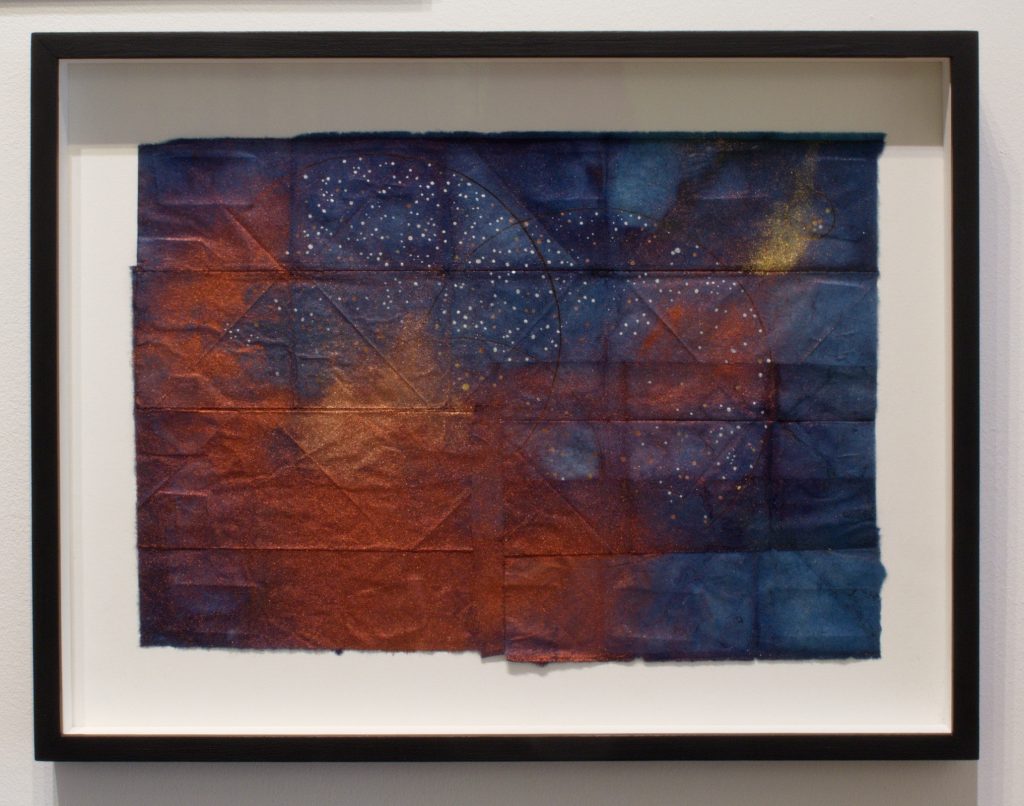 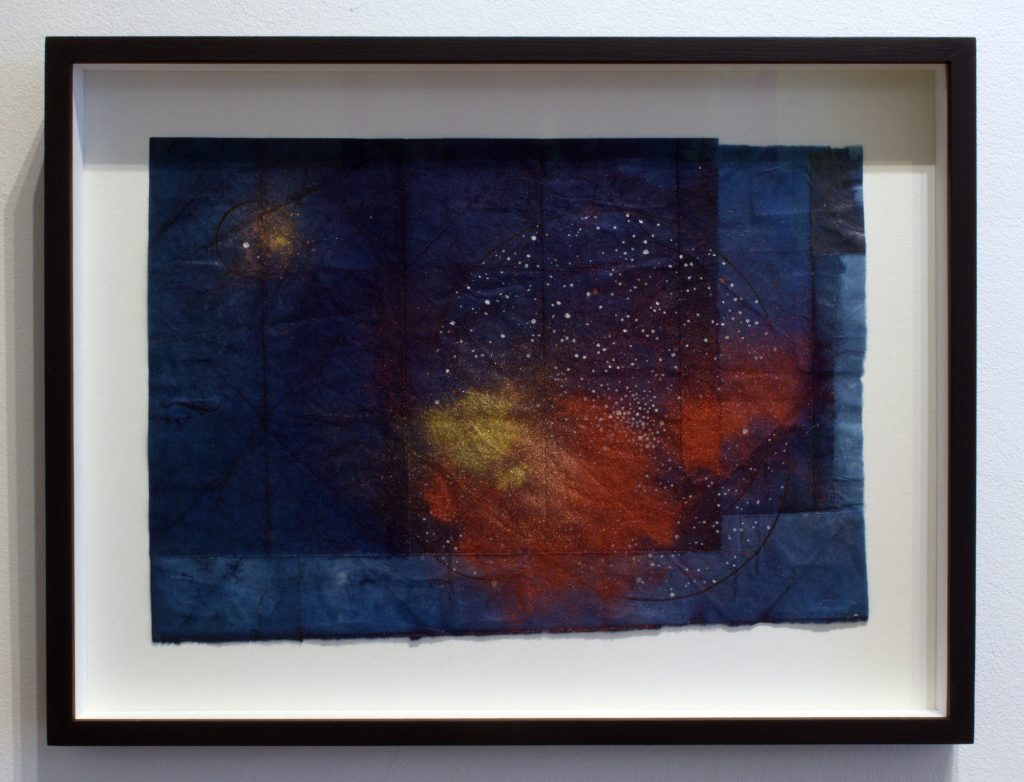 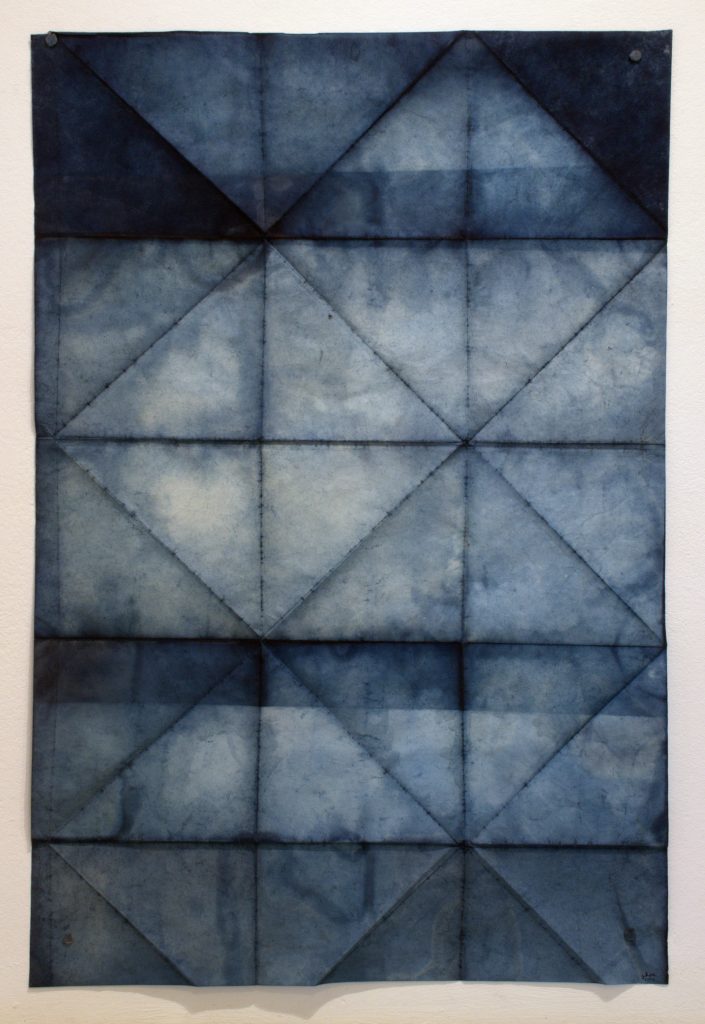 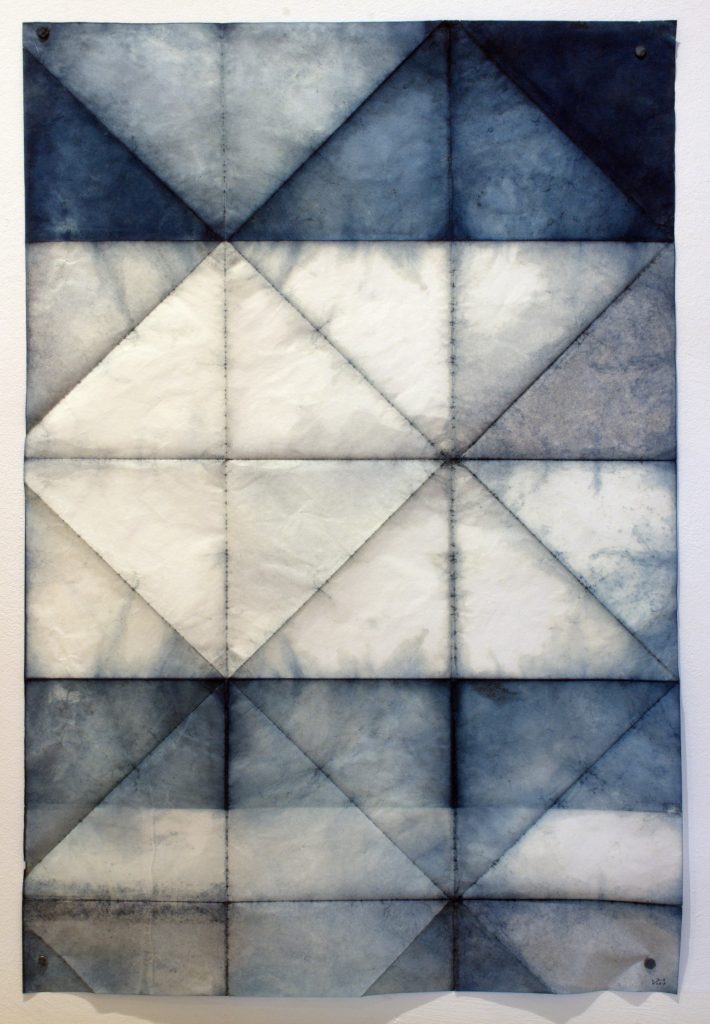 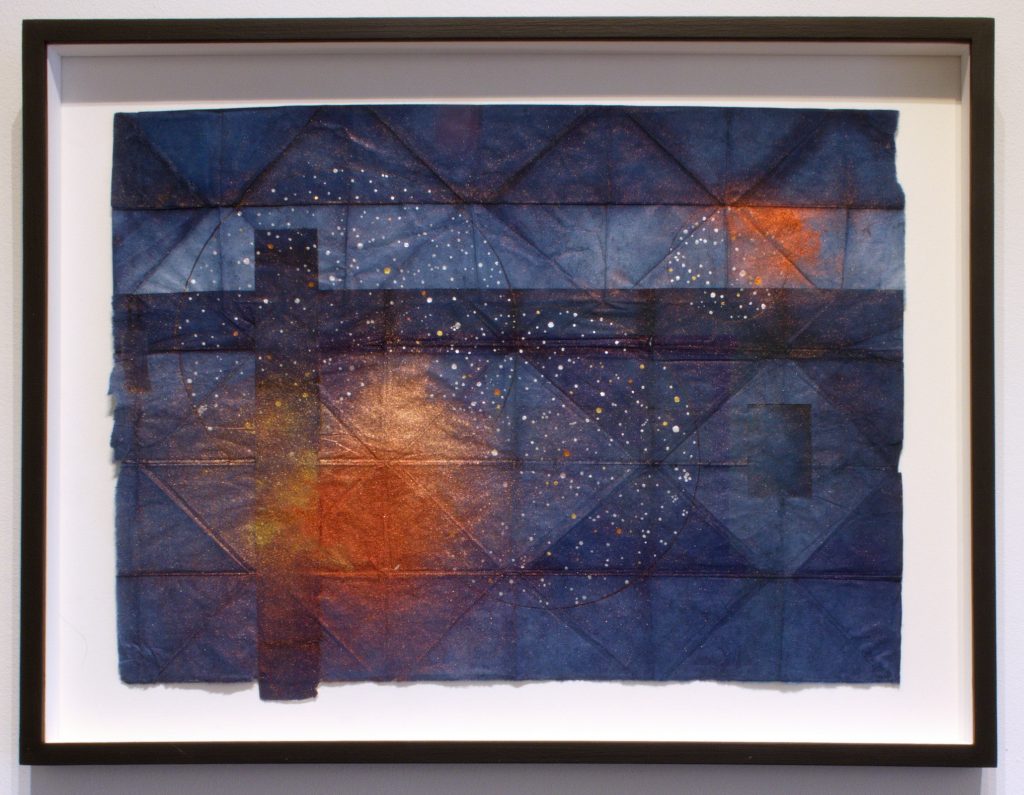 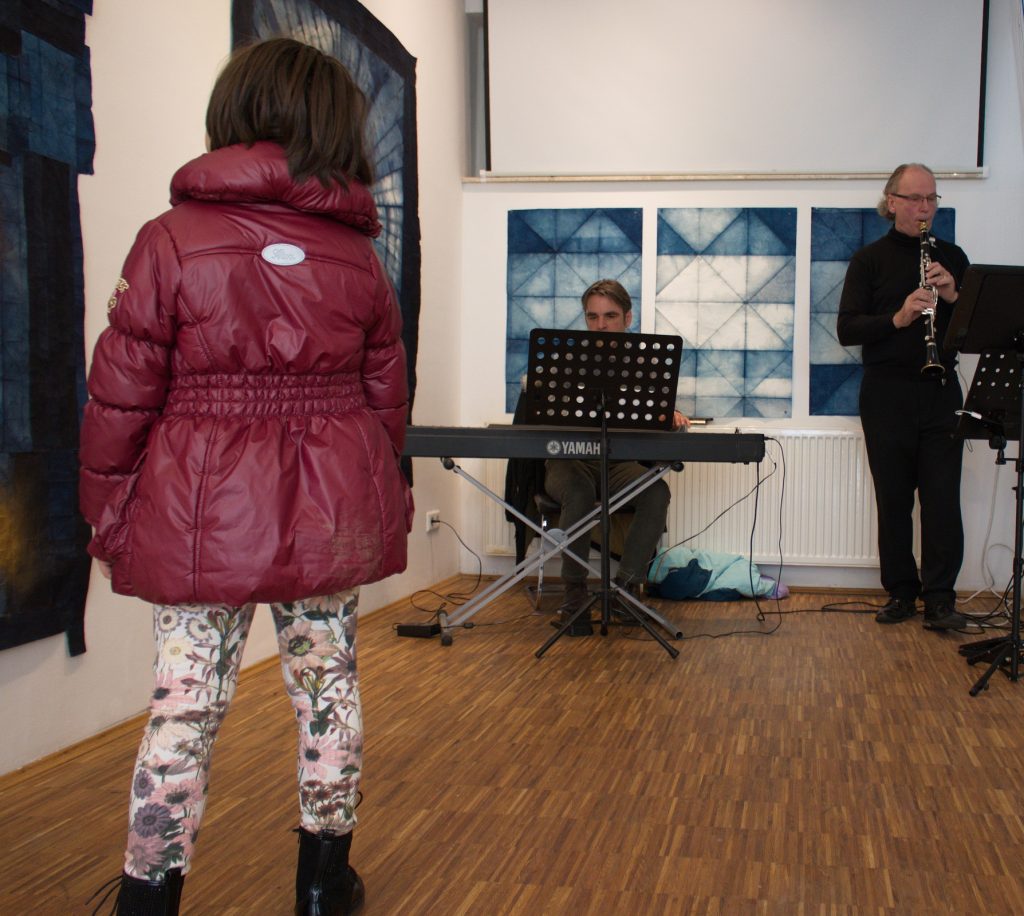 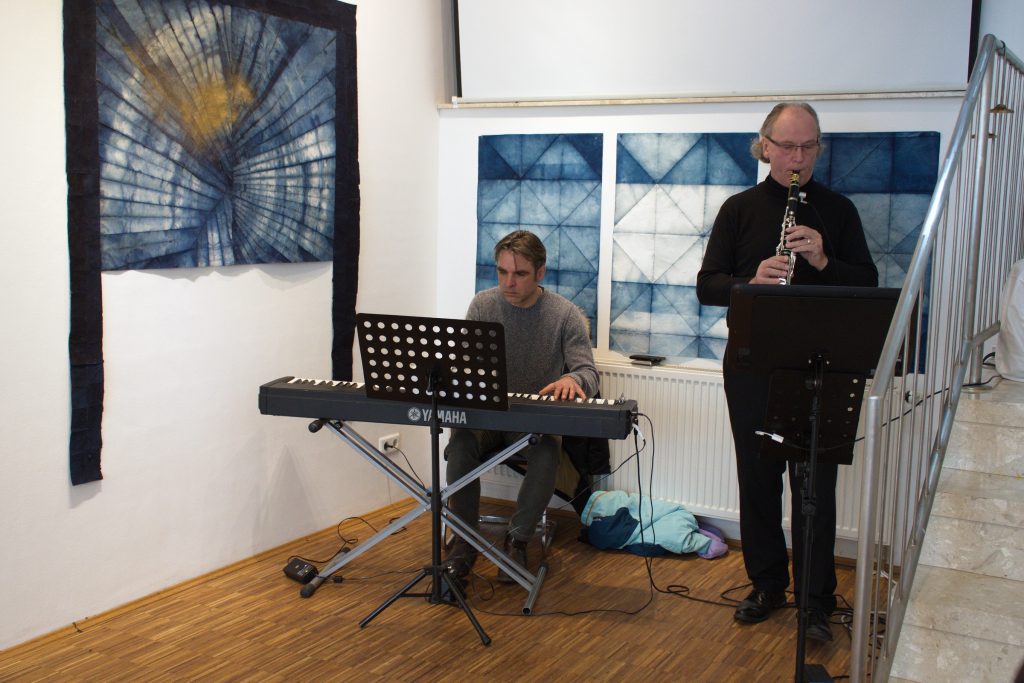 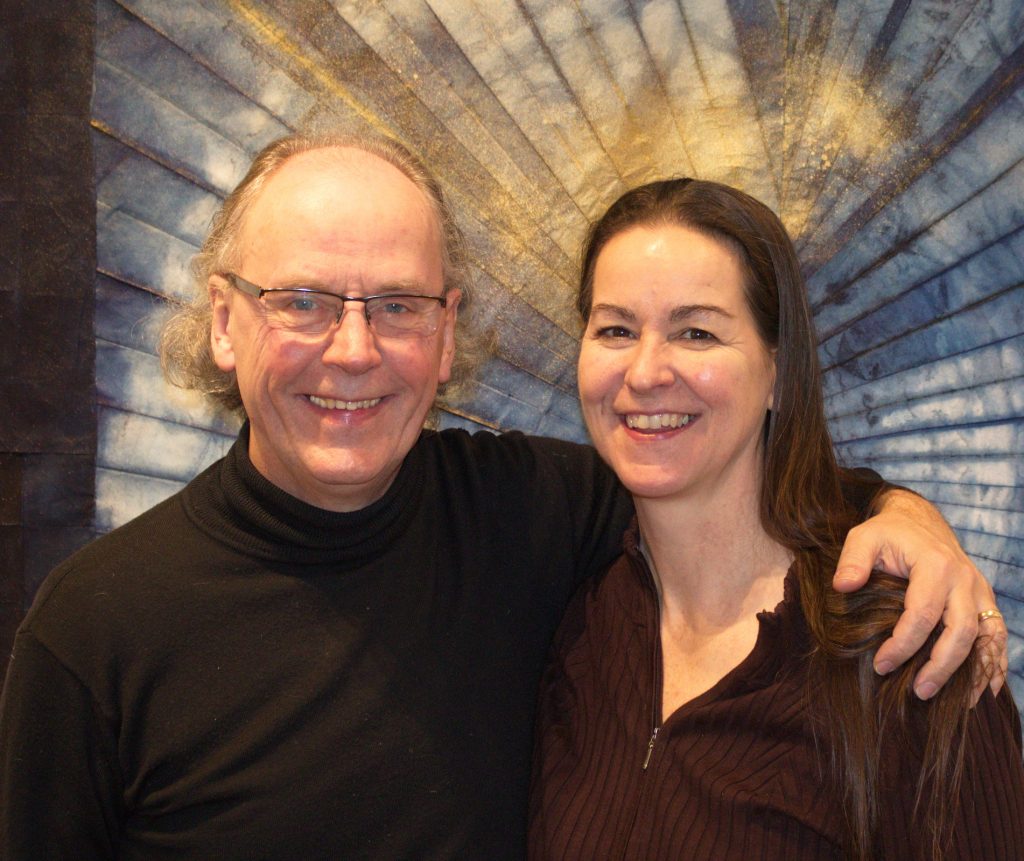